The Brain Power Advantage: How to Beat The Odds When Your Mission Seems Impossible! 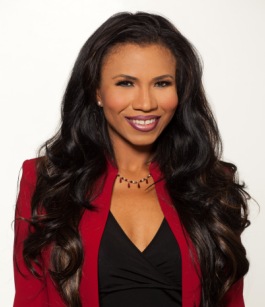 Countless books have been written about the process of healing the brain from traumatic situations. But Answers Unleashed: The Science of Unleashing Your Brain’s Power by Olympia LePoint is the first self-help neuroscience book written by an award-winning rocket scientist who overcame her own life challenges to launch 28 NASA Space Shuttle missions into Space. With the science that she used to map space vehicles to Mars and distant planets, Olympia LePoint now applies the same science to the human brain, so people can remap their brain’s interior by using thoughts.  Audience participants will learn go to overcome painful memories and chaotic situations to unleash a genius mind.

In This Session You Will Learn How-to:

Take Answers Unleashed neuroscience textbook home for a university education at any location, and at any time. Anyone can become a genius at any age!

Hailed the "Modern Day Hidden Figure" by PEOPLE Magazine and "The New Einstein" by her fans, Olympia LePoint is an award-winning rocket scientist who is unleashing audiences' brainpower for miraculous success. Seen on NBC, CBS, PBS and KTLA5 Morning News, LePoint shares her NASA experience and personal life triumphs as a TED Speaker and author of the books Answers Unleashed: The Science of Unleashing Your Brain’s Power and Mathaphobia: How You Can Overcome Your Math Fears and Become a Rocket Scientist. Despite being raised in poverty, failing in math classes and overcoming both physical and sexual trauma, Olympia LePoint climbed the ranks to become an award-winning rocket scientist, launching 28 missions into Space. From the ages of 21-30, Olympia LePoint was one of the youngest leaders to help launch NASA’s Space Shuttle to success. LePoint helped launch NASA’s Endeavour, Discovery, Columbia, and Atlantis Space Shuttles. Winning numerous professional excellence awards including the “Boeing Professional Excellence Award,” “Engineer of the Year, and the “Modern Day Technology Leader Award,” LePoint earned Bachelors and Master’s degrees in Mathematics as a Notable Alumna from California State University Northridge. LePoint’s accomplishments led the self-taught neuroscientist to being recognized across the globe as Science genius through her Impact Theory Interview with Tom Bilyeu, and her TEDx Talk “Reprogramming Your Brain to Overcome Fear,” which together is approaching over two million views worldwide.

Today, Olympia LePoint is the TV host of “Answers Unleashed Talk Show” and the author of the new book Answers Unleashed: The Science of Unleashing Your Brain’s Power. With the same math and science she used to launch Space vehicles to distant planets, LePoint now applied the same math and science to reshaping the human brain for success. LePoint has developed a new type of self-help neuroscience that reveals brain abilities and shows how anyone can overcome painful memories and use science, intuition and faith to unleash the brain’s triumphant power.

Olympia LePoint defines a new structure of the brain, called the Triabrain with its powers known as the Triabrain Theory of Relativity, which profoundly describes the three-sided brain and how people can unleash its abilities. With her new discovery, LePoint has recently formed “Your Brain MasterClass – Unleash Genius Mind” which debuted as a sold-out, one-woman show at California State University Northridge Plaza del Sol Performing Arts Theatre. Olympia LePoint shows how anyone can turn back on their brain’s vital functions for business, leadership and scientific success.